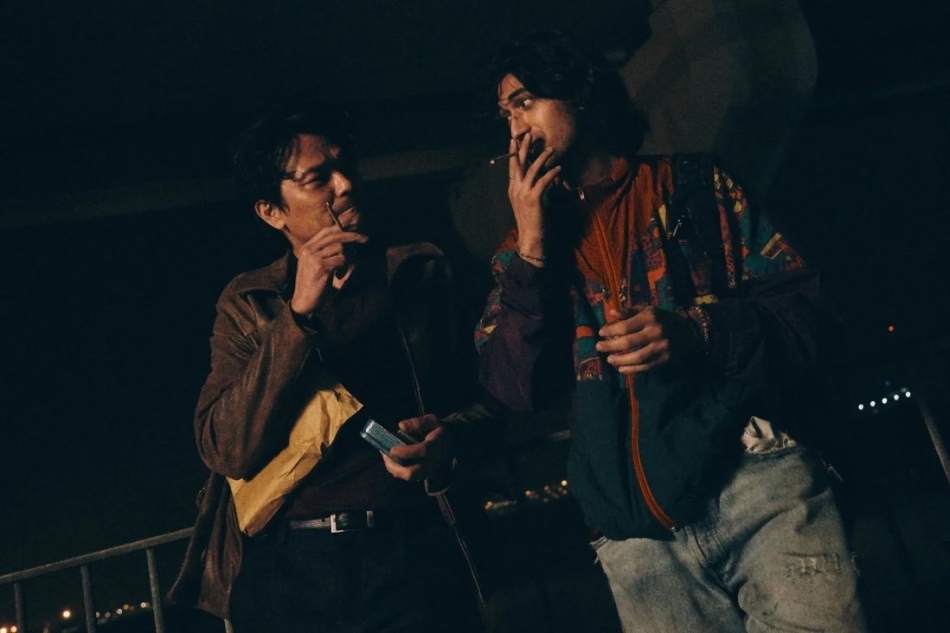 Directed by Kin Long Chan, Hand Rolled Cigarette is a crime drama that revolves around Kwan (Gordon Lam) and Mani (Bipin Karma), two people who cross paths and develops a bond over time in the midst of the violence of triads.

The plot has a very interesting and unique background, as it opens with British Hong Kong soldiers who were not granted British citizenship after the Hong Kong Military Service Corps was disbanded and, as a result, went on with their lives in the country. Kwan is one of them, who then joins a triad and in the following comes across the small-time thief Mani. The way the background of the story is connected to the rest of the story is a very interesting take on such a rare theme in films. The opening captures the audiences with its unique presentation and black and white, stylish cinematography, even though the film does not stick to the absence of the color palette for the entirety of its run time. Black and white is  instead  implemented situationally to achieve maximum effect.

Speaking of which, the sequences without the lack of the colors are obscenely vibrant, creating a tense atmosphere and using neo-noir techniques masterfully. The scenery, along with the stage design, therefore presents such shots to the audience that it would alone be worth watching for the beautiful vista.

Hand Rolled Cigarette also definitely has the classic slow-burn take of the neo-noir genre with a stable pacing, which is completely fine on its own, though might not be as appealing for some audiences.

Action scenes are likewise limited, as they are only used when relevant to the story development, and they are executed proficiently. There is little room to criticize the design of the action scenes, as they are not over the top, but are still hard-hitting and tense.

However, the film is not without some weak spots. First of all, the unique background of the plot line is only briefly explained, and somewhat vaguely at that, whereas more context is needed in order to truly take in the film. Furthermore, the story definitely moves on to become an interesting modern crime drama, yet one cannot help but feel that such a background could have led to something more.

Furthermore, after a great second act, Hand Rolled Cigarette starts showing signs of some neo-noir clichés. Granted, a neo-noir without the tropes and clichés is very rare, nevertheless, being very unique thus far, the film definitely could have continued on being so.

No matter its shortcomings, though, Hand Rolled Cigarette is still a rare example of a genre that also cannot really be considered to be mainstream at this day and age. It is definitely a piece that neo-noir fans should not miss, and will likewise be very enjoyable for fans of crime films in general. Given that the runtime of the film is also quite short, there’s certainly worse ways to spend your time than enjoying Hand Rolled Cigarette.