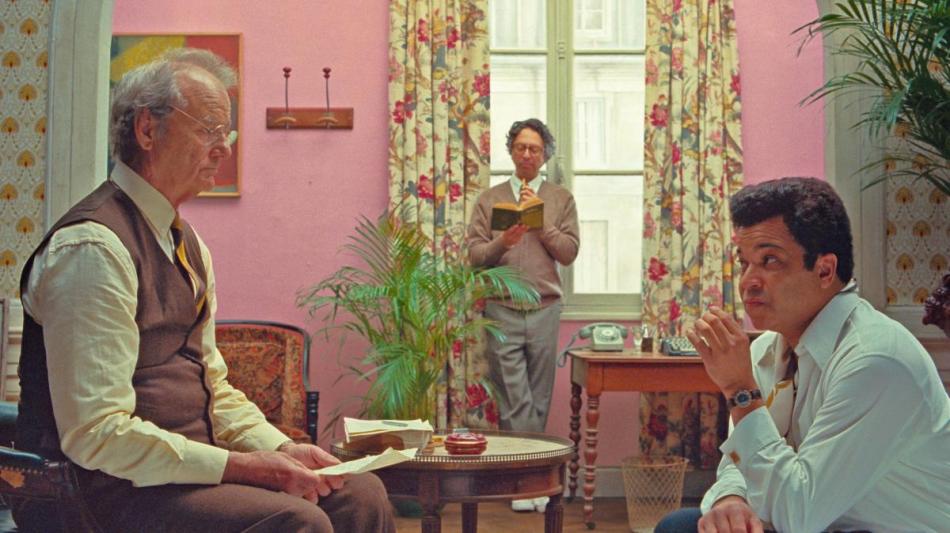 The effervescent spell that Wes Anderson films can whimsically cast over audiences returns at last with The French Dispatch, long-delayed by Covid. Anderson returns with another stellar cast and an intrinsically quirky premise in his latest pastiche of tender and playful tributes to journalism, namely The New Yorker. This is Anderson’s somewhat wistful ode to the days of magazine writing, where the diatribes aren’t predominant and the celebration of the world’s magic is printed in gloss. Whilst still fittingly political, the storytelling of Anderson enshrines a series of anthologies that blend his off-kilter wit with stunning cinematography. Whilst The French Dispatch has a lingering air of the formulaic to it, Anderson can be guilty of rehashing touches of previous works as the split narratives are enough to make the storytelling fresh.

The French Dispatch, a Kansas newspaper supplement forged in France, recites the intellectual highs of culture. The film serves as a recount of the magazine’s final edition, a recounting of the best stories of the decade, which include an obituary, an artist’s turmoil, the politics of youth, and a culinary shootout as described by the expatriates hired by Arthur Howitzer Jr. (Bill Murray). A film that, in some ways, begins at the end, The French Dispatch serves as an obituary to Howitzer Jr., a remembrance of a man who found a home in the literary raptures of his beloved Ennui. The set-up introduces the staff: Elisabeth Moss and Anderson mainstay Jason Schwarzman, in minor roles, as grammarian and illustrator. Much of the build-up is narrated by Anjelica Huston, who Owen Wilson joins as a travel writer, a character based on New Yorker writer Joseph Mitchell, amongst other Anderson usuals and new faces.

The first segment, ‘The Concrete Masterpiece – by J.K.L. Berensen’, is perhaps the film’s liveliest. Berensen (Tilda Swinton) waxes lyrically about the art of the imprisoned murderer Moses Rosenthaler (Benicio Del Toro) and how he would go from notorious to contemporary art sensation. Sticking true to his auteur brand’s tried and trusted methods, Anderson splices wit with a dash of danger. Rosenthaler, a troubled man, a grizzly, growling, and snarling caged beast, is humorously tender despite his rage. Del Toro is countered brilliantly by the unflinching prison guard Simone (Léa Seydoux), so severe and unwavering, who is ironically also Rosenthaler’s muse. The nude portraits, chaotically abstract, muralled on the prison studio wall, cause a cultural stir. Of course, another regular face is there to exploit the arrival of a new artiste, Adrian Brody‘s misguided art dealing fraudster Julien Cadazio. He is a vampiric figure, offering what others cannot. ‘The Concrete Masterpiece’ is the film’s most robust and well-thought-out story, an ostentatious art world poked at from behind bars.

The following two stories have merit but merge into that formulaic Anderson style that pales next to fresh takes like the prior story. Despite a loose blend of animation and live-action, the latter fables don’t quite carry the same punchy demeanour of Swinton’s art world parable. ‘Revisions to a Manifesto – by Lucinda Krementz’, in particular, pays homage to the French New Wave through youth rebellion, in monochrome and shifting aspect ratios, but doesn’t always feel as clever as it may appear. Krementz (Frances McDormand) profiles the student revolutionaries of Ennui and, in the process, loses her objectivity, something she openly admits. Timothée Chalamet is Zeffirelli, a character constructed for him to the finest detail; wild curly hair, pencil-moustache, cigarette in mouth, chess-playing activist. The charm of this narrative is playful, and the New Wave homages are evident.

‘The Private Dining Room of the Police Commissioner’ (Mathieu Amalric), the final tale in this anthology, is a culinary kidnapping saga, elements of a police procedural amalgamated with that of a biopic of the local police chef. Told with emotional tenderness by Roebuck Wright (Jeffrey Wright), the three stories are writers describing writing, injected with Howitzer Jr. ‘s writing advice, “just try to make it sound like you wrote it that way on purpose.” This final narrative darts from 1970s television studio interviews to on-location action flashbacks, slightly convoluted with the many overlapping references and concepts. Wright’s James Baldwin-inspired turn is elegant, as he plays eyewitness to a kidnapping whilst trying to interview the elusive Nescafier (Stephen Park) who prepares the most refined foods for the local force. A further opportunity, of course, for Anderson to showcase how many big names he can attract to a project, ‘Private Dining Room’ is another parable littered with them.

Even in criticism of The French Dispatch, it is hard to deny its charm in paying tribute to The New Yorker, journalism, and Anderson’s adoptive home France. We are left with a melancholy sensation as these stories wrap up, for a publication that isn’t real but also for a time of non-fictional print-based storytelling that searched out wonder in accessible writing. The ode to the intellectual press writing of the past seems to encourage its viewers to seek out similar articles amongst the daily scores of internet journalism without attacking the latter as non-essential. Anderson never relents in narrative or production. The elaborate set designs maintain their artistic integrity and are viewed through varying angles; dizzyingly, the characters never stop, like live-action that moves like stop-motion. The French Dispatch is very much the work of current, more cynical, Anderson but still has that signature, irresistible quirk that keeps us wanting more.