Alper Kavak: For this issue of our Living Room Chats, Alex and I are discussing Bernard Queysanne’s The Man Who Sleeps, released in 1974, which also received the Jean Vigo award the following year. It is an adaptation of Georges Perec’s novel titled A Man Asleep, and the screenplay has also been written by the very same acclaimed author. Just for clarification, both the film and the book are titled “Un Homme Qui Dort” in French, which mot-à-mot translates to “The Man Who Sleeps,” though the book seems to have a slightly different translation. This probably is not the most significant detail, of course, but I wanted to point out that there was no attempt in revising the name when the film came out.

No matter what one might think of the film, one aspect of it is quite striking; there is only one actor, Jacques Spiesser, and one narrator, Ludmila Mikaël. This, undoubtedly, makes the film very unique. I knew this before watching, and for the most part, I was not disappointed. How did you find the film’s very restricted originality, Alex?

Alex Sitaras: The film’s narrative experimentation reminded me of Jeanne Dielman, a film that would come out the following year in 1975. Both films express an existential ennui, the former experienced by a young student and the latter a housewife, as well as a crisis of identity. Where the two films differ most notably is in their length and The Man Who Sleeps‘ exclusive use of voiceover to portray the nameless young man’s thoughts. The man aimlessly walks the streets of Paris as an ironic experience of purgatory in one of the world’s most awe-inspiring cities. As a student he is unsure of his future, and as a member of the youth, he hasn’t (yet? will ever?) found his niche or place within life. What this creates is a somber portrayal of youth in 1970s Paris, a portrayal of the youth not unlike what we would later see in films such as Stranger Than Paradise. What film(s) did watching The Man Who Sleeps remind you of, Alper?

Alper: When it comes to its message, I can honestly say that I have never come across anything like The Man Who Sleeps – not in its film format or as a book. Though I understand why the experimentation reminded you of Jeanne Dielman, Alex, and I agree on an artistic scale and how the plot is shaped towards its climax both in Jeanne Dielman and The Man Who Sleeps. For me, the reason these two are completely different is because Jeanne Dielman is presenting a politically charged contrast for exploring third wave feminism. The Man Who Sleeps, though, does not attempt to make a point apart from isolation and distancing oneself from the modern society. Sure, one might argue this stems from the consequences of WWII, though this connection can only be made on a meta-level, as it is not mentioned at all.

I was also highly intrigued by the concept of a single character who does not speak and everything is told by the narrator. I guess this directly reflects Perec’s participation in Ouvroir de Littérature Potentielle – shortened to Oulipo -, a movement in which creativity is boosted by limiting oneself in certain situations. For The Man Who Sleeps, this is, of course, the lack of dialogues and characters apart from the protagonist. Did you find this element of the film to be enjoyable, or do you think a more ‘classical’ approach would have benefitted the flow of the film? I am somewhat torn on this matter.

Alex: True, to your point Jeanne Dielman is definitely a more socially-motivated film with a concrete message about gender and society. The Man Who Sleeps toys with the idea of nihilism, but what it expresses is definitely less defined.

After watching The Man Who Sleeps, the thought occurred to me that the film would be just as suitable for view within a museum, perhaps even silent, as it would at the cinema. Part of this is due to the film’s minimalism – one can analyze a scene in excruciating detail since every minor choice or decision has been actively decided upon in such a minimalist film. Another reason is that films shown in museums tend to focus on everyday life, presenting upon the viewer a challenge to relate one’s experiences to those shown on screen. In that regard, I did find myself looking back on my time as a student and when searching for my first job when watching this film. So, to answer your question, I think I did find the film’s approach to storytelling commendable, though one has to put aside their usual expectations for plot, character development, etc that one typically considers when watching a movie. 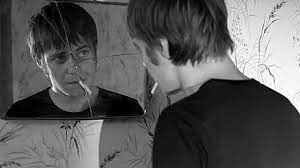 Alper: I definitely agree. I think the production crew knew exactly what Queysanne and Perec wanted, and I feel they definitely delivered. Once the feeling of nothingness settles in (as you say, a less defined form of nihilisim), the audience is expected to get used to that particular feeling. As such, I understand that this film can be hit and miss, but I am one hundred percent on the former side.

I did actually try my best to refrain from getting too philosophical, but I have to ask: what did you take away from this film? Weirdly, for me it was that everything will pass if one endures enough. Wasn’t that ultimately what the protagonist doing? He was just waiting, patiently, doing what he needed minimally so he would get to -whatever- ending awaited him. I don’t mean this in a negative sense either, but rather as a freeing feeling.

Alex: I didn’t read too much into the film any one way or another, but I can definitely see where your interpretation comes from. And I do agree waiting can be a freeing feeling. I think when we’re young we want to grow up and do all these things, but the reality is you can’t become a father if you weren’t a child, can’t earn a promotion before getting a job, etc. Any accomplishment comes after a great deal of “waiting”, and it’s this waiting that we have to experience and have to be content with experiencing before anything good is to come from our efforts. So I find your interpretation of the film optimistic, and I’d imagine the narrator’s time of waiting weighs less on him as he becomes acclimated to doing so. A coming-of-age in a sense.

Alper: Good point, your interpretation actually wants me to re-watch the film, as it could possibly change my stance on it altogether. When talking about a positive or negative interpretation, I would also like to circle back to technicalities of the film and touch on the fact that it was black and white. Granted, this is not outside of the norms in 1970s, but I still think it was a conscious decision. I came to this conclusion mostly because of Perec’s usual portrayal of a grey Paris, as he does so not only in The Man Who Sleeps, but also in another work of his that is critically acclaimed, namely L’Espèces D’espaces (Species of Spaces and other Pieces). Trying to imagine the film in colour, I struggle to see it would have had the same effect on me as it did in its current state. What is your take on it, Alex?

Alex: I think this film definitely benefits from being in black & white. Without color can describe both the film and this period in the narrator’s life aptly, and adding color would likely take away from the tedium and “boredom” that the voiceover seeks to express. Overall, this was a very interesting film to watch and discuss. The Man Who Sleeps excels at expressing its singular idea/feeling, each of its stylistic choices reinforcing the narrator’s sensation of ennui while wandering Paris.

0 comments on “Discussing The Man Who Sleeps”