“You know what Freud says about the nature of horror? He says it’s when the home becomes unhomelike. Unheimlich.”

– from C’est La Vie, a short film by Ari Aster

There has never been a film genre more divisive between critics and audiences than horror. In spite of its ancient roots at the very beginning of moving pictures, the horror movie is often a concept looked down upon by many as unintelligent crowd fodder. The sentiment admittedly has some credibility: it’s an incredibly easy genre to reap a brisk profit from, much cheaper to fund than the latest superhero flick, and almost always guaranteed an audience. Unfortunately for horror junkies, this often means the market is littered with shoddily-constructed thrill rides that bear little regard for their viewer, only existing to turn a quick buck.

The first decade of the 21st century was a weak one for horror, characterized predominately by low-effort remakes, tired zombie thrillers, disgusting torture porn, and sloppy found footage flicks. With the success of James Wan’s 2004 directorial debut Saw, Lionsgate found tremendous profit in its sequels, reveling more in sadistic gore with each installment. In three separate years of that decade, a Saw film was at the top of the domestic horror box office, and the series has since become one of the highest-grossing horror franchises in history. Only with the surprise hit of Paranormal Activity did the genre finally begin to shift back from blood and guts in favor of ghosts and demons.

In the popular conversation- and at the top of the box office- the endless slog of Paranormal Activity sequels bled over into the infant years of the 2010’s. James Wan returned to the spotlight in 2013 to steal audiences with The Conjuring, a traditional haunted house story that went on to spawn equally successful sequels and spin-offs alike. Then 2017 happened, with two landmark box office hits in Jordan Peele‘s racial horror-thriller Get Out, and the second adaptation of Stephen King’s IT, the latter of which inaugurating itself as the highest grossing horror film to date. Underneath all of these blockbuster hits, though, a new class of horror film has been brewing in the independent scene.

Several factors are responsible for this. The independent distributor A24, founded in 2012, has found widespread renown amongst cinephiles as the backing behind many of the hottest indie titles, such as Best Picture Winner Moonlight (dir. Barry Jenkins), Paul Schrader’s First Reformed, and Ari Aster’s Hereditary. IFC is another important name; under their sub-branding IFC Midnight, they were responsible for the infamous Human Centipede series (2009-2015), The Babadook (2014), and The Autopsy of Jane Doe (2016), to name a few. Combined with the monolith of the streaming industry and the “Blumhouse model” (lending complete creative control to horror directors on a low budget), some exceptional titles and interesting trends have arisen throughout the decade.

One aspect that many of these films share is their employment of unique and unconventional monsters. The Babadook (2014), It Follows (2014), and The Witch (2016) are three notable examples. Unlike the classic Universal Frankenstein or Dracula though, these films’ monsters are more psychological projections than physical threats. The Babadook is a top hat-wearing amalgamation of a child’s imagination and his mother’s grief, rarely glimpsed because it is more representative of intense emotional duress than any real spirit. Comparably, the titular It in It Follows is a sexually-transmitted curse that continuously stalks the film’s protagonist like a zombie, seen often but taking the threateningly benign appearance of a new person each time. Finally, the driving dread and tension in Robert Eggers’ The Witch is due less to the actual witch, who only makes herself known a handful of times, but rather the psychologically-invasive shadows her presence casts on a superstitious Puritan family.

Not all of this new wave is supernatural. Two of the most controversial horror films of 2017 conjured terror by simply taking a cynical mirror to humanity’s worst tendencies and offering a horrific spin on them. In Trey Edward Shults‘ It Comes At Night, two families of strangers move in together following an apocalyptic event, but are soon at each other’s throats from their individual paranoias and suspicions. Darren Aronofsky‘s mother! took a thematically similar but stylistically contrasting route with its horror, loosely adapting Biblical scripture in a claustrophobic house setting and allowing it to degenerate into a surreal nightmarish frenzy.

The common trait binding these films together is the guiding philosophy that horror can be more than just popcorn scares- it can be a platform into exploring the darkest reaches of the human psyche. This view makes sense, as the inherent gloominess of horror is as naturally suited a tone as any to probe common suppressed anxieties of the human experience. Each of these independent horror films succeed as terrifying pieces of art precisely because they touch upon such sensitive issues.

The Babadook is perhaps the most obvious example of this, wearing its monster as a glaring symbol of grief. The film’s dreary tone and obnoxiously draining child actor Noah Wiseman exhaust the viewer as much as his mother, ambitiously capturing the dread of parenting alone. In It Follows, director David Robert Mitchell navigates a Grand Canyon of issues regarding youth; expressly, the anxiety of coming into adulthood and sexuality. In a more symbolic fashion, the titular It can also represent the scare of HIV and other deadly STDs, “curses” that are also passed by sex and often feared to be a death sentence.

Interestingly enough, the old tendency of horror finding more praise from moviegoers than critics has in several cases reversed entirely. While the Saw franchise generally found more of a welcome with audiences, these new artistic horror movies often receive mountains of praise amongst critics and only mixed to cold reactions from the public. A24’s most prominent horror releases to date, It Comes At Night and Hereditary, received respective Cinemascores of D and D+ despite their lofty Rotten Tomatoes percentages of 88% and 91%. mother! received a F.

Why is this? While not every independent horror release is as contentious as these examples, I believe it’s a mixture of audience temperament and misleading marketing. Given the powerhouse box office performance of The Conjuring franchise, it’s clear that a significant portion of horror audiences are looking for the traditional haunted house scares that those films offer. And James Wan is an exceptionally competent director for that market- The Conjuring 2 especially is a magnificent montage of perfectly-executed jump scares. Bluntly put, I believe many of these audiences simply want the cinematic equivalent of a rollercoaster- transparent, fun, and packed with thrills. They aren’t spending $12 for artistic expressions of the human experience realized through the medium of horror. 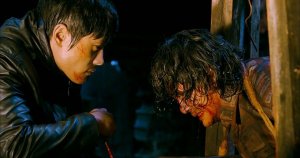 As mentioned, the marketing certainly doesn’t help. For both It Comes At Night and Hereditary, trailers depicted markedly different products than what they advertised. It Comes At Night’s advertisements seemed to promise a literal monster, maybe even zombies. Hereditary’s suggested a classic ghost story featuring a creepy little girl. Instead of seeing movies like IT or The Conjuring, however, audiences were greeted with two films that were bleak, psychologically unnerving, and most of all not fun.

Another instance of fantastic foreign horror is French director Julia Ducournau‘s Raw (2016). Premiering at the 2016 Cannes Film Festival, the film is a particularly artistic and gleefully twisted tale about a vegetarian veterinarian student that turns into a cannibal. Featuring a vibrant color palette and some nauseating gore, the film is a disgusting delight as a perverted coming of age story. Raw also fits in with this independent tradition of horror striving beyond scares, delving into similar adolescent anxieties as It Follows albeit in a markedly different light.

In addition to facilitating access to the hottest in foreign horror and relatively obscure theatrical releases, streaming has also granted an audience to domestic indie horror that is too small to achieve wide (or any) distribution. These aren’t the direct-to-DVD cash grabs of old capitalizing on popular blockbusters, they’re original and often thrilling little films despite their shoestring budgets. Karyn Kusama‘s horror-thriller The Invitation (2015) only saw a very limited US release but found a new audience on Netflix; the film follows a tense dinner party where something seems a little wrong. While The Invitation never quite reached for a ton of thematic depth, it more or less succeeded as a brief and entertaining little thrill-ride.

Patrick Brice’s found-footage flicks Creep (2014) and Creep 2 (2017) were both released exclusively on-demand before being acquired by Netflix, going on to become somewhat of a cult classic series. Featuring Mark Duplass as the titular psycho, the second film especially is playfully tongue-in-cheek and meta in its approach, at times deconstructing the filmmaking process and the horror movie. Both entries are excellent examples of low-budget filmmaking at its finest, capitalizing on naturalistic dialogue and the charismatic allure that Mark Duplass brings to his role.

Most recently, and perhaps most notably in this entire line of titles, is Hereditary. Ari Aster’s directorial feature debut is nothing short of a dazzling entry into this new canon of horror, and fundamentally emblematic of its ideals. Like many of Aster’s perverse shorts, Hereditary explores familial strife following the death of its secretive matriarch. Baffling enough, the film could hardly be deemed as horror for nearly its first hour of runtime, almost entirely restraining itself from any outright terror. As if to further subvert expectations, Aster drops an unsettling scene with an apparition in the first twenty minutes and then refuses to return to such images until the final third of the film.

Within that first hour or so, the film almost exclusively handles the tragedy of the family’s loss and grief. The tension between Annie (Toni Collette), her son Peter (Alex Wolff), and her husband Steve (Gabriel Byrne) is fleshed out in painful detail throughout, setting the stage for later conflicts. What’s fascinating about Hereditary is that it then thrusts this well-established foundation of tragedy straight into horror. The film’s slow and dreadful crescendo from reality to nightmare feels incredulously logical in the most dreamlike sense of the word. Unlike its supernatural colleagues in The Babadook, It Follows, or The Witch, however, Hereditary doesn’t need a monster or any explicit ghost. There’s some satanic nonsense, yes, but the supernatural is only an articulation of the real horror- the heartbreaking way the family projects their fears and insecurities onto one another, ruining themselves in the process.

While it’s presently unclear whether this recent direction in horror will continue, there is no doubt that it has created some of the decade’s finest films. Horror is a genre that always has to fight an uphill battle. It is widely ignored by awards, and if it subverts expectations even the slightest it usually must suffer the wrath of audience panning. On the other hand, 2017 was an objectively strong year for horror, smashing records with two huge hits in Get Out and IT. If these diffuse horror blockbusters continue to generate profits, more of these thrilling independent titles could find the necessary funding to reach audiences. Either way, I am confident that the 2010s will be remembered well into the future as one of the strongest decades in memory for cinematic horror.

“Horror is a universal language; we’re all afraid. We’re born afraid, we’re all afraid of things: death, disfigurement, loss of a loved one. Everything that I’m afraid of, you’re afraid of and vice versa. So everybody feels fear and suspense. We were little kids once and so it’s taking that basic human condition and emotion and just f***ing with it and playing with it. You can invent new horrors.”