Alex Sitaras: We’ve got a good mix of titles this month for our Most Anticipated column. First off, I wanted to mention Ms. Purple directed by Justin Chon. One of a few Asian American directors receiving attention on the indie circuit, Chon’s third film follows his critically acclaimed sophomore film Gook. Like Gook, Ms. Purple focuses on Korean-American characters, this time focusing less so on racial tensions and more so on themes related to family. Contrasting with the sharp black & white filming of Gook, Ms. Purple seems to employ a lively color palette with something red, blue, or green seemingly in every frame of the film’s trailer. Chon’s use of vibrant color is also somewhat reminiscent of Barry Jenkins‘s filmmaking, so that’s something of interest to me as a huge Jenkins fan. 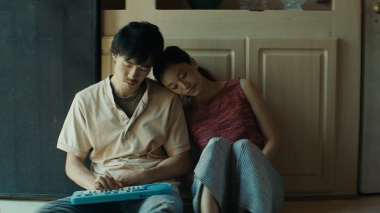 Ian Floodgate: I agree it is very reminiscent of Jenkins work. Moonlight, I thought, was beautifully shot and the colour palette complemented the story and made it immersive. There also appears to be a great use of shadow in the Ms. Purple too, with the trailer displaying plenty of brooding shots. Ms. Purple is about a Korean-American woman attempting to reconnect with her brother and heal the family in their father’s final days. I think this story can have a broad appeal because there will be audiences that can relate to it regardless of their cultural background. I hope using vibrant lighting and shadows help the story excel, and the film generates a positive word of mouth.

Alex: The next film I wanted to bring up was Night Hunter directed by David Raymond. Night Hunter is Raymond’s debut feature film and one of the things that interests me the most about this film is the cast. Starring Henry Cavill, Alexandra Daddario, Ben Kingsley, and Stanley Tucci, I’m amazed at the cast that Raymond was able to bring together for this film as a first-time director. Night Hunter is a psychological thriller involving a man who has recently been arrested for a series of female abductions and murders. There seems to be some other elements simmering under the surface involving the police department and a vigilante. I know you’ve seen the film Ian- what about Night Hunter made an impression on you or do you think will be appealing to audiences?

Ian: Crime dramas are a particular film sub-genre I like to watch, and the cast the director assembled interested me even more so in Night Hunter. I have enjoyed some of Ben Kingsley’s previous work, and he gives the most intriguing performance in the film. I have enjoyed watching some of Stanley Tucci’s previous work as well including his Oscar-nominated performance in The Lovely Bones, which also focuses on abduction and murder. Admittedly films that deal with this subject matter- such as Prisoners– can be tough to watch. Unfortunately, these crimes have become commonplace in society and Night Hunter in addition looks at the use of social media in enabling crime.

I am also excited to see Ad Astra, which finally gets its release this month after being pushed back earlier this year. I’m not that familiar with director James Gray‘s work, but again I am intrigued by the cast. I have seen many of Brad Pitt‘s films and often enjoy the projects he chooses to do, including his most recent performance in Once Upon a Time in Hollywood. He plays an astronaut in Ad Astra who finds his missing father is still alive, and he is sent on a mission to locate him. Pitt’s character also unravels secrets about human existence in the universe and what threatens it.

Alex: What interests me about Ad Astra is its stance towards exploration. Gray explored similar themes in The Lost City of Z, this time shifting his focus from the historical past to science fiction. Gray depicted a different side to exploration than we are most commonly familiar with, choosing to depict an explorer in The Lost City of Z who was deemed heretical. For all the awe, curiosity, and pride in perseverance that exploration typically evokes, Gray chose to focus on the rashness and lunacy involved in setting out into the unknown with no certainty of survival. His goal in Ad Astra is to depict space travel realistically and he has been quoted as saying “space is awfully hostile to us”, suggesting a more gritty look at what it means to travel through space (side note: I recommend High Life to anyone interested in seeing a film that also shares this perspective). Gray has paired with Hoyte van Hoytema, cinematographer of Interstellar, to film Ad Astra and along with the involvement of a stellar cast including Pitt, Tommy Lee Jones, Ruth Negga, and Donald Sutherland, I have high hopes for this film.

Ian: I have enjoyed Hoyte Van Hoytema’s work on Interstellar and Dunkirk. I particularly liked the camera angles shot from the perspective of the space shuttle and aircraft, respectively. In Interstellar, I thought the grainy quality of film aided to an authentic look of space being a cold and hostile place. I’m mainly interested in the aspect of the exploration into humankind’s existence and Gray’s take on this in Ad Astra. It also looks like from the trailer that Ad Astra might have an intriguing take on grief and resurrection as well. 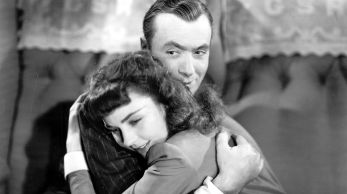 Alex: Moving onto the two Blu-ray restorations chosen to be Most Anticipated titles this month, we have Ernst Lubitsch‘s final film Cluny Brown. The film is a comedy of manners set in England just before World War II. It stars Jennifer Jones as the titular Cluny Brown and Charles Boyer stars as a Czech refugee fleeing the Nazis. Brown is the niece of a plumber but when she takes up an interest in plumbing, her Uncle has her become a servant since he is disapproving of her not taking up ladylike interests. The film is being restored in 4K by The Criterion Collection and its extras include a combination of short essays and interviews as well as a radio adaptation of the film featuring Dorothy McQuire and Boyer himself.

Ian: I am not that familiar with Lubitsch, but I am impressed with his filmography and that he had great success transitioning from silent films to sound. As you said, this was the last film he completed, and his sophisticated comedies are hugely popular. With all the extras the new restored 4K version includes I can see this release being snapped up by every Lubitsch fan.

Finally, let’s look at The Circus. It follows Charlie Chaplin as his iconic Tramp character who accidentally joins a circus. It was a production fraught with difficulties, and Chaplin’s personal affairs also delayed its release. I wonder if the Blu-ray extras will expand on these happenings as I am interested to know more about them. The film itself is one of Chaplin’s last films of the silent era (followed only by City Lights in 1931 and Modern Times in 1936), and is an astonishing showcase of his silent work.

Alex: I’m not sure to what extent the extras for The Circus will delve into the challenges in making the film, but they do include an audio commentary from film historian Jeffrey Vance and a new interview with Chaplin’s son, so there’s a chance that these topics will be discussed secondhand. Earlier this year I explored Chaplin’s filmography a bit though The Circus is a film that I haven’t seen yet, so I’m glad that it is being restored and released by the Criterion Collection. Where would you place The Circus in comparison to Chaplin’s other films?

Ian: City Lights and Modern Times are my favourite two Charlie Chaplin films because along with The Great Dictator, they are among his most reflective, but I would place The Circus as a solid third. It is entertaining and incredibly humorous. Although I’m not a big fan of the comedy genre, I find Chaplin’s performances as The Tramp to be comical and endearing. Chaplin was a fantastic filmmaker, and I’d recommend The Circus to anyone; this 4K restored version will likely make the film just that much more enjoyable.

0 comments on “Most Anticipated of September 2019”