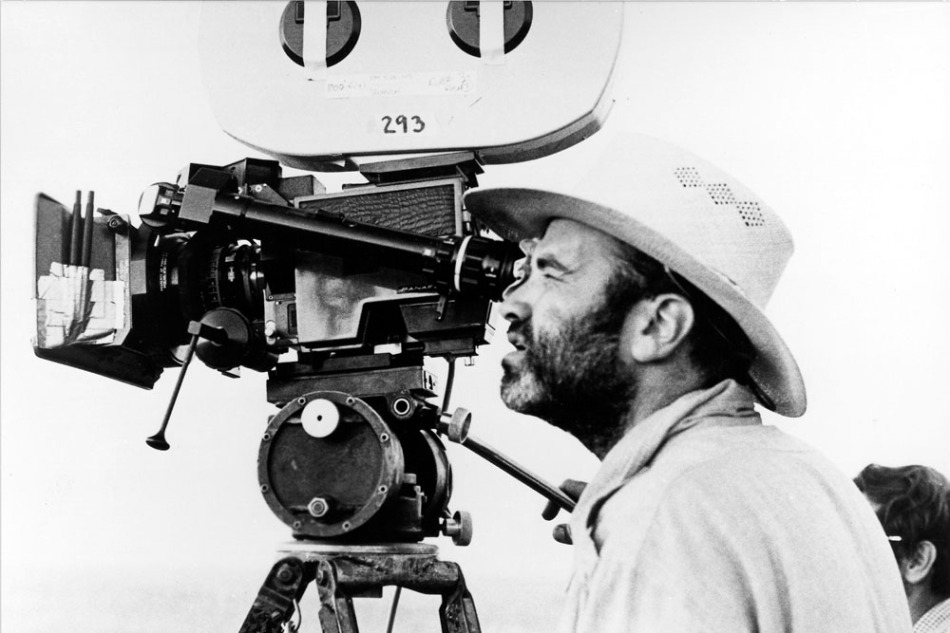 With A Hidden Life being released in theaters, we look back this month at the films of Terrence Malick. One of America’s most enigmatic auteurs, Malick has had a career that can be split into two, and possibly three, distinct phases: his early work leading up to The Tree of Life (the time between Days of Heaven and The Thin Red Line being an unprecedented twenty years), his non-narrative, autobiographical cinema since The Tree of Life, and now A Hidden Life along with perhaps his work to come. A Hidden Life marked Malick’s return to narrative cinema and period dramas that characterized Malick’s early career, leading the film to be one of Malick’s most anticipated projects. 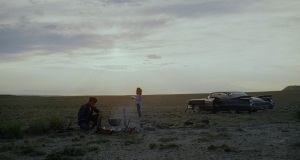 Even a director as original and visionary as Terrence Malick had influences. Malick had been a protege of Arthur Penn of Bonnie and Clyde fame, which Badlands definitely resembles in plot. Just as Bonnie and Clyde was a collision of French New Wave inspired tendencies and American genre tropes, Badlands manages to create something new from very familiar, almost cliched material. The film plays like a fever dream, with its limpid cinematography, indelible music pieces from Carl Orff, and excellent performances from both Martin Sheen and Sissy Spacek. Behind the two protagonists’ violent actions is a dangerously childlike innocence that will go to extreme lengths to preserve their security, and every element of Badlands is at one with their worldview. In Malick’s hand, Badlands play like the postmodern fairytale, which only serves to underline the horror that is at the core of this story.

Days of Heaven was only Terrence Malick’s second feature film, and by all accounts of its disastrous production it could have very well been his last. Cinematographer Néstor Almendros’s desire to shoot with all natural lighting – predominately during the fickle “magic hour” – led to many frustrations amongst the film’s crew, and limited their time to shoot to an absurdly brief 30 minutes a day. Only two weeks into principal photography, Malick stopped consulting the script and instead shot “miles of film with the hope of solving the problems in the editing room”. Post-production was no easier, taking a whopping two years for Malick to edit the film (its star, Richard Gere, went on to make and release an entirely new film while Malick was still trapped in the editing room).

By even the most generous of estimates, Days of Heaven should not have turned out half as well as it did. Nevertheless, its uncompromising shooting requirements and lengthy post-production may be the exact reason it stands as one of Malick’s best and most visually arresting pictures. Much like Badlands, Days of Heaven follows a fairly minimal narrative of generic American mythos, featuring iconography of outlaws, open wheat fields, and failed dreams. Yet it’s not the film’s story, but its stunningly visual manner of telling that story that makes it such an endlessly memorable experience. Its breathtaking, naturally-lit cinematography feels like falling into a faded photograph, lost in a comfortable memory of some long forgotten past. Days of Heaven is the rare film that seems exclusively devoted to its own audiovisual experience, a delicate and sensuous masterwork that persists in the mind like a half-remembered dream.

I’m always wary of American war films. Often, even the ones with the best of intentions wind up inadvertently glorifying war. It’s not hard to understand why – the United States has never been invaded, and it certainly hasn’t seen the appalling level of death and destruction that comes with an intrusion on its own territory. The bloodshed may be easy to replicate on film, but the ability to convey its immense psychic toll is a far more delicate task, requiring far more than a cursory level of context and thought. I was wary going into Terrence Malick’s nearly 3-hour WWII epic The Thin Red Line, which follows a group of American soldiers through the Pacific campaign against the Japanese.

I won’t argue that The Thin Red Line doesn’t glorify war, because I’m not sure it doesn’t, but I will say that its muted abstraction of combat is far from the enthusiastically violent Saving Private Ryan (released the same year). It’s difficult to discern what Malick is even trying to say about war with the film, if anything, but I don’t think that matters. Like Days of Heaven, The Thin Red Line is first and foremost about the experience of watching it. Its emotional substance is so earnestly stated through Malick’s usual mode of narration that I had a hard time connecting to it for about half of its runtime. And yet, once the film clicked – about two thirds of the way through during a magnificent montage of troops on R&R – everything that preceded that emotional realization felt earned. If nothing else, The Thin Red Line is a tone poem about a world mourning the terrible violence disrupting its tranquil silence, and it absolutely stands as one of Malick’s best films to date.

Though The Tree of Life marked a new era in Terrence Malick’s filmography, one can make the case that The New World informed a number of Malick’s films to come. Most notably, The New World was Malick’s first collaboration with cinematographer Emmanuel Lubezki, a collaboration that would extend to five films as of 2019. Though the camera angles and movement chosen in The New World are restrained in comparison to Malick’s more recent films, there’s still an element of fluidity and immersion that can be felt throughout the cinematography. Aiding the cinematography is Jack Fisk’s efforts in production design as well as Malick’s use of Mozart and Wagner in pivotal scenes. The grandiose classical score precedes that which we would later hear in Knight of Cups. And, as in many of Malick’s films, the tenuous yet euphoric experience of being in love is expressed in The New World through alternating voiceover and silence as well as eye contact and touch. In part because Malick takes a great number of creative liberties in telling the story of Pocahontas and the English, The New World is perhaps the quintessential display of all that a Malick film is. 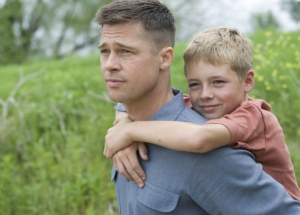 Terrence Malick has earned a reputation as being a very religious filmmaker with a focus on visual beauty in his works, often at the expense of plot. The Tree of Life encapsulates both, a deeply religious work that may be partially focused on a family in the 1950s to the modern day but also has grandiose ideas involved. From the start of the universe to the time of dinosaurs, The Tree of Life is a look at life as a whole. It is an effort that only Malick could conjure up and successfully accomplish. It is a film that, no matter how many times I have seen it or how long it has been since I saw it, continues to resonate. While emphasizing emotion and some plot details, The Tree of Life exemplifies Malick’s skill in creating and maintaining a feeling. It is that feeling that lingers, a sense of awe in watching this all unfold that makes The Tree of Life my favorite Malick film. For all of its beauty and its poignant themes about life, family, and religion, The Tree of Life as an “experience” makes it truly one-of-a-kind.

The sweeping and engaging cinematography that Malick has in his films which Emmanuel Lubezski often employs is of a documentary-style approach. It is not surprising that Malick had then been working on a project in the genre for over forty years. Voyage of Time examines the life of the Earth and from its very beginning to how we know our planet today. It sees Malick bring all his experience and skills together beautifully.

The making of Voyage of Time was concurrent alongside Malick’s the Knight of Cups and Song to Song. It is no surprise to see similar techniques employed within the three films like the smooth, fluid cinematography, only this time from Paul Atkins. However, the film does see Malick use CGI. The exploration of the Mesozoic Era shows how effectively Malick has employed CGI through the inclusion of dinosaurs that fits in seamlessly as if the footage was real. Their movements are subtle and credible that the audience empathises with them. The style of cinematography allows the viewers to focus on the characters in Malick’s films and the audience end up contemplating the thoughts of the creatures on screen in Voyage of Time.

Voyage of Time does show a culmination of what Malick’s style is, particularly within his recent work. It also shows how he has developed as a filmmaker and how he embraces and utilises new technology.

Following his Palme d’Or winning The Tree of Life, Terrence Malick picked up the pace and put out five more films in the eight years that followed, an unprecedented output from the director who took a twenty-year break between his second and third films. Unfortunately for many of his early fans, Malick’s films following The Tree of Life marked something of a departure from his earlier style and were met with a more muted reception than his early work. With 2019’s A Hidden Life, however, Terrence Malick has returned to the filmmaking that made him a revered director, delivering a contemplative film about an Austrian conscientious objector during the Second World War. Malick’s works always have religious undertones but perhaps never so strongly as here as the work follows the life of Franz Jägerstätter (August Diehl) who would come to be recognized as a martyr and beatified by the Catholic Church. Returning to a historical setting, Malick makes use of his trademark philosophizing ponderings, voiced by a slew of revered European performers and played over beautiful shots of nature and daily life. A Hidden Life is a prime example of a master fully immersed in their style and is among Malick’s strongest works.

0 comments on “The Films of Terrence Malick”