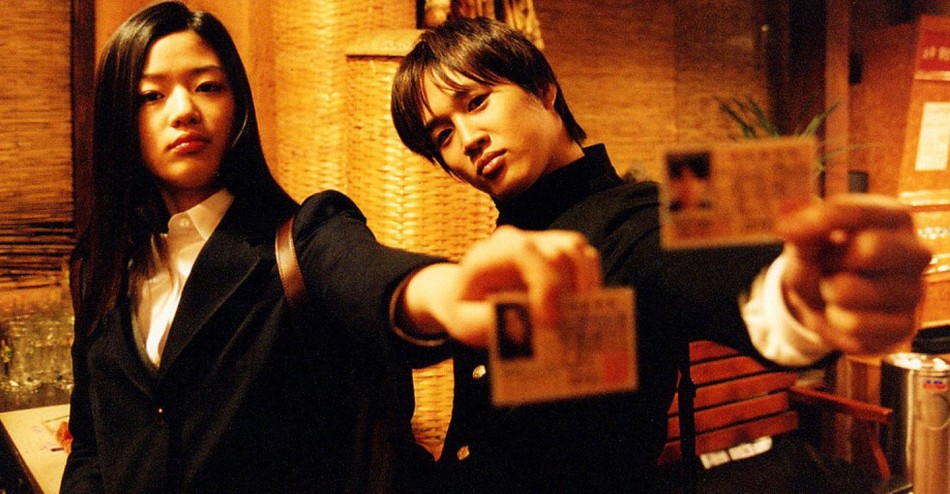 If you were Korean or around Koreans at the turn of the century, My Sassy Girl would have been part of your cultural consciousness. Everyone involved in this movie was blessed by its success. Actors Jun Ji-Hyun and Cha Tae-Hyun became huge stars. The soundtrack and its main song “I Believe” became runaway hits. The film itself spawned many sequels and international remakes (even a direct-to-video American one). My Sassy Girl was also one of the first major successes of the hallyu wave, the export of Korean cultural properties around the turn of the century – TV shows, movies, music – that made South Korea one of the major cultural influencers of Asia. In the West, we are getting the result of years and years of the hallyu wave with the ascendance of K-pop group BTS and the popularity of Bong Joon-ho’s Parasite, which garnered unprecedented success at the Academy Awards. Even if films like Oldboy and Memories of Murder have no obvious connection to a light, frothy comedy like My Sassy Girl, I would argue that if it had not been for the success of this film, Korean culture would not have the worldwide cachet that it has today.

My Sassy Girl certainly never seemed like a breakout hit – at least on the surface. Based on a series of popular blog posts by Kim Ho-sik, which he later turned into a novel, My Sassy Girl is essentially a series of vignettes that give a fractured portrait of Gyeon-woo (Cha Tae-Hyun) and his relationship with “the Girl” (Jun Ji-Hyun). Gyeon-woo is an engineering student who is generally a pushover on the surface. If this movie had been conceived in America, he would have been played by Seth Rogen, Jason Segel or any other of the overgrown man-children that were popular in the early 2000’s. While Jun Ji-Hyun definitely has the more memorable role as the volatile, mysterious girl, it is Cha Tae-Hyun that makes her shine. He is a straight man on par with Margaret Dumont in any Marx Brothers movie. No one can take a punch or abuse funnier than he can since his facial expressions alone can make anyone break out into laughter.

The structure of the film reflects its source material as a series of blog posts, and at first, the disjointed narrative may not to seem a familiar logical flow. Part of this is because the Girl is trying to write screenplays, which seem to be exclusively composed of derivative material, from Hollywood blockbusters to traditional Korean romantic dramas. In these little scenes, gender roles are often flipped and the Girl becomes the action hero or aggressively romantic pursuer.

Underlying all the clever set pieces is a current of melancholy. We soon learn that the Girl is grieving the loss of her previous boyfriend. This tragic event informs a a crucial scene at an amusement park that seems to have no place even in a film as seemingly random as this one. Gyeon-woo decides to surprise the Girl by taking her to an amusement park at night for her birthday. A military deserter is in the park and takes the two hostage. The deserter reveals that he had run away because his girlfriend had dumped him. When I watched this movie with a friend, he had no idea what was going on, and it could have been easy to dismiss this scene as a tonal misstep. Yet there is a perfect balance between comedy and danger because the nature of the soldier’s pain is almost frivolous yet the danger is very real because he is armed. It also establishes the important theme of letting go that permeates the whole movie when the Girl advises the soldier to let his ex-girlfriend go because he would be happy for her even if she wasn’t with him.

This is also probably the first film I ever watched that I consciously remember having “Easter eggs.” For example, the owner of the hotel that Gyeon-woo brings the Girl to after she has passed out drunk, is one of quintuplets, many of whom we see in other parts of the film. There are also other strange notes like when Gyeon-woo opens a time capsule that he has supposedly buried for a year, only to see a live frog under the lid. All these serve to make My Sassy Girl act as an amusing pastiche of genres. Yet the undercurrent of sadness and grief grounds this movie enough in my mind so that it has stuck with me for many years.

Most romantic comedies are fairly straightforward and rarely hold any secrets that can only be revealed on multiple viewings. The first time I watched this movie, I identified with the hapless Gyeon-woo and the abuse he suffered at the hands of a strange woman. On subsequent viewings, I realized that the Girl struggles with intimacy and that “hurting” her Gyeon-woo is her way of her showing affection. Gyeon-woo also comes off as less sympathetic to me towards the beginning because he has a skewed understanding of women and a lot of his initial discomfort with the Girl are based on his firm ideas of what a woman is supposed to behave like. I would  go on to enjoy how Gyeon-woo becomes a better person because he wants to help the Girl’s pain despite not completely understanding it.

Multiple viewings have also been beneficial towards piecing together the Girl’s trajectory.  Despite focusing so much on Gyeon-woo, the film does enough to show her journey and encourages the audience to root for her quest to find love. All her actions may seem without rhyme or reason coming just from Gyeon-woo’s point of view, but when we realize that it is a necessary process for her to move on from her ex, she becomes more understandable and more endearing to the audience. The ending may have been predictable even for those who love twists, but the reason for the twist is sheer thematic and narrative perfection. More romantic comedies need to be like My Sassy Girl: borderline experimental while still delightful and endlessly charming.