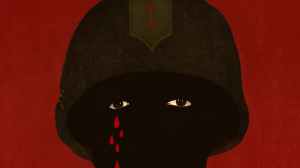 The temporary closure of cinemas has led to the rescheduling of many new releases. However, there have been some new films opening on video on demand, and one of these is Spike Lee‘s latest film Da 5 Bloods. It follows four African-American Vietnam War veterans who return to the country in search of the remains of a fallen squad leader and buried treasure. It is the writer and director’s first film since winning an Academy Award for BlacKkKlansman. It also sees him return to Netflix after 2015’s Chi-Raq, so I’m sure it is highly anticipated by many. Many African-American Vietnam War veterans have stated that they felt neglected by the US government when returning from the conflict, and the Da 5 Bloods looks to highlight their plight and tell their story. The film will be available to stream starting June 12.

Starship Troopers, Paul Verhoeven‘s satirical science fiction-action film is also coming to Netflix this month. Set in the distant future, the film focuses on a fascist military intent on eradicating a race of alien bugs. Poorly received by critics upon the film’s initial release it has nonetheless gained a cult following for its special effects and action sequences. If you’re looking for something fun and easy going to entertain you, then Starship Troopers is it. The film will be available to stream starting June 1. 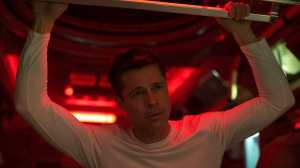 Another science fiction film coming this month but to HBO is James Gray‘s Ad Astra, which was released last year. It stars Brad Pitt as astronaut Roy McBride who undertakes a mission across the solar system to locate his father, Clifford McBride (Tommy Lee Jones), who went missing thirty years earlier. Pitt arguably gave two of his career-best performances last year, and this is one of them. His restrained performance is absorbing, and alongside his Oscar-winning performance in Quentin Tarantino‘s Once Upon a Time in Hollywood, it displays his range as an actor. Ad Astra is worth watching for Pitt’s performance alone. The film will be available to stream starting June 6.

There is yet more science fiction on offer from Hulu in June with John Boorman‘s Zardoz. Set on post-apocalyptic Earth, a savage named Zed (Sean Connery) finds his way into a community of immortals that preserve humanity’s achievements. Writer/director John Boorman was inspired to write Zardoz after United Artists rejected his proposal to adapt J.R.R Tolkien‘s The Lord of the Rings, and the influences are clear to see. There vast rural landscapes and elements of the fantasy genre. Despite the dated visual effects, it is perhaps worth a watch for fans of The Lord of the Rings and fantasy films in general. The film will be available to stream starting June 1.

Lastly, Amazon Prime is making two favourites from 2017 available to stream. The first is the multi Oscar-nominated Lady Bird, a coming of age story about an ill-tempered but artistically inclined girl. Written and directed by Greta Gerwig, it gained her recognition as a filmmaker with a subsequent nomination for Best Director at the 2018 Academy Awards. The film also features two Oscar-nominated performances from Laurie Metcalf and Saoirse Ronan, who wonderfully display a fractious mother and daughter relationship. It is exceptional work from the actresses as well as Gerwig’s writing and direction. If you enjoy coming of age films, then this is a must-watch. The film will be available to stream starting June 3. 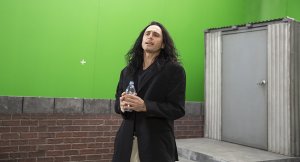 The Disaster Artist will also be streaming on Amazon Prime in June. Adapted from Greg Sestero‘s book of the same name, it tells the story of the making of the infamous film The Room. The original film is known for being one of the most notable “so bad it’s good” movies. James Franco not only directs but stars as Tommy Wiseau, who wrote, directed, produced and starred in The Room and Franco excellently captures his eccentric personality. If you have not seen The Room it is worth watching that too, so one can see how bad it is, but The Disaster Artist alone gives a humorous insight into the production of it. The film will be available to stream starting June 1.