We look back at a number of our favorite films from 2019. This is by no means a ‘best of’ or ordered list that encompasses all of the films we fell in love with this past year- this list merely serves as a reflection on some of the films we thoroughly enjoyed in 2019.

Plenty of high cinema from 2019 deserves praise and recognition but the one that has stuck with me most is Olivia Wilde’s directorial debut. It might be an unlikely choice but Booksmart is my favorite film throughout this entire year for many reasons. This movie is the teenage sex comedy that 2019 desperately needed, although it proves to be much more than just that. This is one of the most progressive stories to come out this year and while those aspects are important, its main focus is to be sheer, humorous fun. Wilde’s direction is impeccable, flowing from comedy to drama in a simple but effective manner while the soundtrack, consisting of everything from Alanis Morissette to Lizzo, bounces the story along and carries itself with a sense of charm and lightheartedness.

Booksmart plays with everything in its 21st century setting so well, from its portrayals of teenage culture to its empowering message. It is also incredibly important to see one of the main characters be openly gay without her sexuality becoming part of the film’s conflict. However, this film would not have been nearly as entertaining if not for the performances from Beanie Feldstein and Kaitlyn Dever. Their undeniable chemistry radiates through the screen and gives off so much light to guide this incredible story. It is incredibly difficult not to laugh and enjoy yourself while following along with the escapades of Molly and Amy, as their adventure to prove that they are fun makes for my personal favorite of 2019.

Portrait of a Lady on Fire

Céline Sciamma’s fourth feature length film, Portrait of a Lady on Fire, follows the lesbian romance between a wealthy woman (Adèle Haenel) in 18th century France, set to be married to an Italian nobleman, and the artist hired to paint her (Noémie Merlant). I first saw the film at the Cannes Film Festival, where it won the Queer Palm and the Best Screenplay Award, and it immediately left an impact on me rivaled be few other films I’ve seen. Where so many period pieces can feel stuffy and begin to drag after a while, this one remains vibrant and compelling throughout. It is about an artist and that can be felt in every single immaculately constructed frame, established with Sciamma’s painterly eye to create something aesthetically beautiful. The true beauty of the film, however, lies in its dynamic between the central characters. Acting is rarely so good as in the interactions between Noémie Merlant and Adèle Haenel, both perfectly in tune with the other’s ever action and reaction and elevating a fairly simple story to something of grand and heartbreaking proportions. 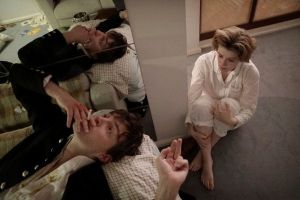 Films about doomed romances tend to have a certain appeal to me and The Souvenir is no exception. Where so many films choose to romanticize romance and propagate the idea of a happily ever after, Joanna Hogg’s semi-autobiographical film about a film student (Honor Swinton Byrne) romantically involved with a dishonest older man (Tom Burke), is unafraid to shy away from all the negative aspects that a bad relationship could entail. The film is meandering and the plot is somewhat sparse, but it’s bold and never loses sight of itself. It is an affirmation that even the worst things that can happen to us can and should be a chance to grow, and the film itself grows and changes with that realization to the point it can be endlessly discussed and watching it a second time it is almost essential. Robert Pattinson may have dropped out but The Souvenir Part II is one of the few sequels I cannot wait to see. 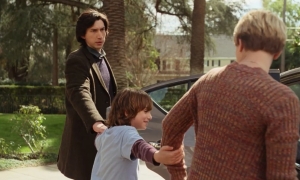 In Marriage Story, writer/director Noah Baumbach takes a personal experience and uses it to fuel his creativity. But instead of delivering yet another tale of divorce, he turns the trope on its head by giving the audience something more. It’s not a story of marriage nor the breaking of one; it’s the story of two humans once connected to each other who have unfortunately drifted apart. He doesn’t ask you to take sides, but he doesn’t want you to hate them either. We experience Charlie (Adam Driver) and Nicole (Scarlett Johansson) exactly as they are: real people going through a real problem.

Out of this comes some of the best acting of the year, particularly in Adam Driver’s performance. Regularly cited as one of the best actors working today, Driver still manages to impress in his role as Charlie, often times being humorous, heartbreaking, and vicious in a single scene. Where he shines the most, however, is in a moving sequence well after his relationship with Nicole has been shot and things look like she’ll be winning both the divorce and custody of their son, Henry (Azhy Robertson). While having a drink with the cast and crew of his play, Charlie sings a rendition of Stephen Sondheim’s ‘Being Alive’. The lyrics fit perfectly with the theme of the film and it is as though Charlie had written them himself. The camera never cuts, forcing the viewer to fully take in Charlie’s pain and forcing Driver to hold their attention. Many point to the infamous climactic argument scene as the testament towards Driver’s skill, but this poignant moment solidifies it.

Ad Astra feels like the film that James Gray has been building up to all of these years. He has been knocking on the door of excellence, but now it opened to him with this science fiction journey into the self. Major Roy McBride (Brad Pitt) has been tasked with recording messages to send to his father, who had gone missing on a highly confidential mission years prior. The journey, taking him to the Moon and Mars as well as to the far reaches of our galaxy, is a powerful and poetic film. Its themes of exploration, father-son relationships, and religion lend it considerable gravity and are the mainstays of why I loved Ad Astra so much. Pitt is obviously exceptional and the cinematography of Hoyte van Hoytema is evocative and awe-inspiring in equal measure. However, it is these themes and the way in which Gray explores the rich emotion the story presents that allows Ad Astra to make such an indelible mark.

Hu Bo’s only full-length film, An Elephant Sitting Still, is an anti-spectacle. Just shy of 4 hours long, An Elephant Sitting Still requires extreme patience from its audience, yet it never coerces it. The film is so empathetic and engrossing one naturally accepts the events of one involved, grueling day in an industrial city in China’s Hebei Province. The film therein realizes the desire of the protagonists and the director himself: to be able to bear struggles beyond their control. This end goal equates to the nirvana found in Buddhism through lack of desire. In a pilgrimage akin to the Ming Dynasty Chinese novel ‘Journey to the West’, the characters- a senior citizen, a troubled young man, and a group of high school students- push towards the fabled land of Manzhouli in Inner Mongolia, where it is rumored that an elephant sits still even as it is brutally whipped by its trainer. Manzhouli also rests on the border with Russia, perhaps hinting at escape from life in the country, which Hu depicts down to its grittiest details. This cement-toned, frosty social drama piles on tension with injustices that can be felt even if one turns a blind eye to them. With his long takes and a silent, spare script adapted from his very own novel ‘Huge Crack’, Hu elegantly pieces together the numerous threads of An Elephant. In an ironic turn, the audience cannot avoid the proverbial elephant in the room- they can hear it even in the dark.

With its hefty length, An Elephant defies the demands of cheap entertainment, just as the titular gargantuan elephant refuses to participate in the garish performances of a circus ring. It has been duly rewarded for its passive resistance: Hu Bo’s film has won Best Feature Film, Best Adapted Screenplay, and the Audience Choice Award in the 55th Golden Horse Awards presented for Chinese-language cinema, as well as accolades from the Berlin International Film Festival and other ceremonies. The recognition is a well-deserved send-off to the director, novelist, and screenwriter Hu Bo, who committed suicide shortly after the film was finished after conflicts with his producers, including Wang Xiaoshuai, a great Sixth Generation director in his own right. For fans of social realism and empathetic, well-crafted stories, Hu’s uncompromising movie is a must-watch, preferably in one sitting.

While Hu Bo’s An Elephant Sitting Still captures one inescapable day, Bi Gan’s Long Day’s Journey Into Night untethers itself from daytime realities. Like the former work, Bi Gan takes immersive filmmaking to new heights: in this case a one single, unbroken take lasting a full 59 minutes that has been presented in stunning 3D in theaters. This final shot took a full 2 months to complete, yet the result burrows into the soul deep enough to last for a lifetime. While the English title of the film is a homage to Eugene O’Neill’s play, the Chinese title literally means Last Night on Earth- the last night one can remember, the last before the nothingness of death or else the rebirth of heaven. Long Day’s Journey into Night takes a different route from the usual Chinese social realistic drama in that it is about the search for a woman, and in doing so, it whisks viewers away to a reimagined version of their own world. Like Lou Ye’s neo-noir Suzhou River, Long Day’s Journey into Night is replete with neon-drenched rain, abandoned alleyways, and perfume cigarette smoke. The impoverished environments of a dingy karaoke parlor and a winding coal mine do not host plebeian struggles, but are backdrops for a transcendent romance. The film unscrolls like a Chinese landscape painting as the camera charts its gaze over sulphur-yellow restaurants, a sleeping village, and of course, the somnolent visages of its two stars.

The film is very noncommercial given how it favors poetry over plot, yet it was successfully marketed as a date movie for New Year’s by Chinese media, perhaps due to the magnetism of lead actress Tang Wei (Lust, Caution). An amusing result of this is how a flurry of netizens trended hashtags about not understanding the film, but that is only fitting. The nature of romance involves secrets and riddles that sometimes cannot even be answered by the participants themselves, if not for mental and physical communion. The esoteric symbolism of the film and the movie poster evoking Marc Chagall’s painting ‘The Color of Love’ affirm that the film is very much Bi’s private vision. The core of the film is an unreadable dream, even if it is found within the fluttering pages of a book, and when the camera cuts into black and credits roll, that is when one finally wakes up.